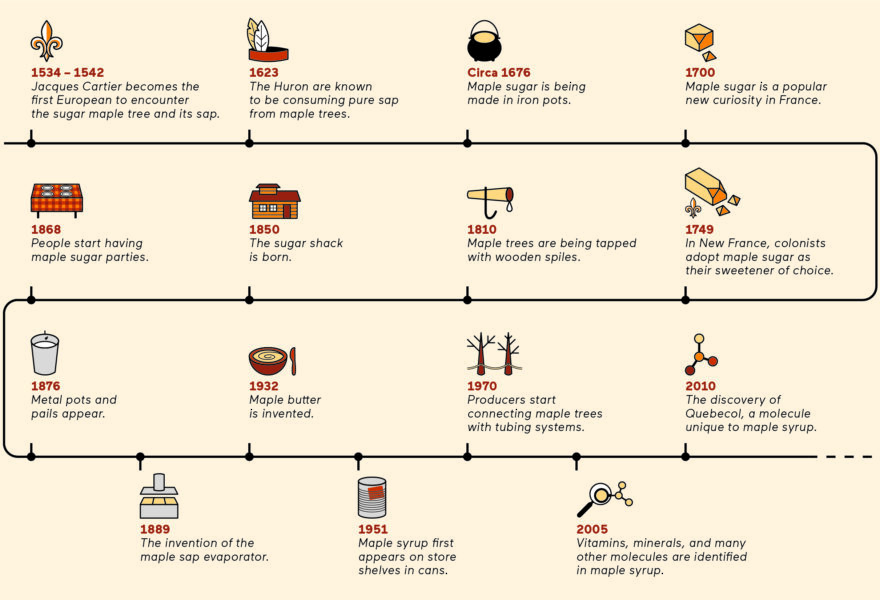 The story of maple is inextricably linked to the history of Québec.

Extant historical sources reveal that, sometime between 1536 and 1542, Jacques Cartier and his fellow explorers were intrigued by what they thought was a large walnut tree, and cut it down. It was, in fact, a sugar maple and its sap gushed out in great quantity. Tasting it, they compared it to a good wine. In 1557, the cosmographer André Thévet wrote that, according to the First Nations, the tree was known as a “couton”.

The next first-hand report about maple did not come until 1606, when the lawyer, voyager and writer Marc Lescarbot went to Acadia. He described the harvest and (what he called) the distillation of maple sap by First Nations. He also mentions the use of hot stones to cook food. A bit later in the century, Récollet missionary Gabriel Sagard reaffirmed the First Nations’ use of maple sap and described a kind of evaporation process. He spoke of it as a fortifying beverage. This idea of a drink used to restore one’s energy is also present in Father Le Jeune’s stories about the Montagnais in 1634, saying they ate maple bark during a time of famine. He compared the sap to a sugar as sweet as honey.

Reports about maple sap grew more numerous during the 1600s, including a slow evolution in the use of maple sugar. In the second half of the 17th and into the 18th Century, there were growing references to the export of maple sugar to France as a type of culinary curiosity. It should be noted that this coincides with an increase in sugar consumption by the general population, but we’re unable to make a definitive connection. Sugar was still a commodity reserved for the nobility and well-off. Nonetheless, sugar cane cultivation was gradually expanding in Brazil and the Caribbean. The demand for sweeteners is rising.

King Louis XIV loved maple sugar candy (a treat called en dragée) and it was a Montréaler who supplied it to him: Agathe de Repentigny, an inventor and businesswoman (quite rare for the period). The most striking development of this era (known as the Enlightenment), however, was the scientific perception of the sugar maple tree and the virtues of its sap, and maple sugar. By 1749, these were being widely consumed in New France, according to the Swedish biologist Pehr Kalm.

While on a visit to Acadia in 1708, the Sieur de Dièreville described the rudimentary technique used by First Nations to tap maple trees. He said they used an axe to chop a four-inch incision into which would be inserted a trough-shaped piece of wood. The sap would flow into a receptacle, most often made of birch bark. Meanwhile, in New England, Paul Dudley wrote a book devoted to the making of maple sugar from what he called “maple sugar juice”, thereby presenting the most scientific explanation of the process to date. This evolved further when Pierre-François-Xavier de Charlevoix, Monseigneur de la Barre and Joseph-François Lafitau noted the addition of the iron pot to maple sugar production methods.

The sugar maple tree, maple sap, and maple sugar reached a new level of distinction through the work of renowned scientists like Pehr Kalm, Henri-Louis Duhamel du Monceau, whose treatise Le traité des forêts was published by the Académie royale de France, and Denis Diderot in the venerable Encyclopédie ou dictionnaire raisonné des sciences, des arts et des métiers (Encyclopedia, or a Systematic Dictionary of the Sciences, Arts and Crafts). They took a holistic approach in explaining the natural processes that occur in the sugar maple, the making of maple sugar, and the benefits of maple to human health. Pehr Kalm, in a nod to its increasing usage by common people, is credited with coining the lasting name: country sugar.

The 19th Century witnessed the transition from the old ways of tapping and harvesting to new methods made available by science and research. Instead of an axe, incisions were made with a drill; wood buckets were replaced by metal receptacles with lids; the iron pot laboriously put on and taken off the fire changed to the evaporator and; the branch-covered shelter gave way to the shack made of lumber. Production eventually evolved to the general model that we see today, if still without the high-tech equipment developed in the 20th Century. It wasn’t until the early 1950s that we discovered how to preserve maple syrup, first made maple butter, and invented the 540 ml can that we all know and love to this day.

Maple syrup was first classified into five categories in the 1920s. In the second half of the 20th Century, it gradually replaced maple sugar as the consumer’s favourite and could be found on supermarket shelves in the new size more suited to an increasingly urban lifestyle. The corner store was being left behind for the larger grocery stores, as was Main Street for the shopping mall. This was also about the same time that the Department of Agriculture held a design competition for the maple syrup can. The winning design still appears on our cans today.

Numerous developments have made life easier for hard-working maple-producing families. These included the hiring of a chemist by the maple syrup producers’ co-op (Coopérative de producteurs de sirop d’érable), and the advents of tubing systems in the 1970s and reverse osmosis in the 1980s. These advances also led to an increase in the number of taps to meet the growth in demand for maple products at home and abroad.

At the turn of the 21st Century, the promotion of maple products, “seasonal adjustment”, and around 2005, research and innovation activity began to support the marketing of maple products. Particularly noteworthy was the discovery of Quebecol, a polyphenolic molecule unique to maple syrup. 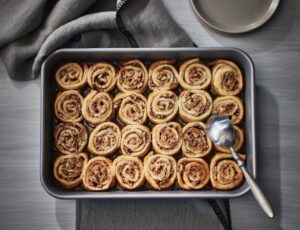 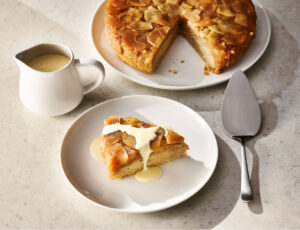 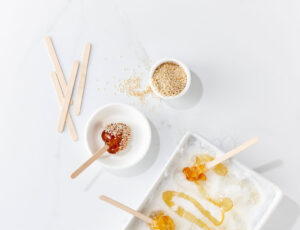 Maple forests under production in Québec capture the carbon produced by the equivalent of 290,000 cars each year. Learn more about the environmental benefits of the sugar bush.

Maple products stimulate umami, the fifth basic taste that shook the culinary world. Unlock the mysteries of the taste of maple.