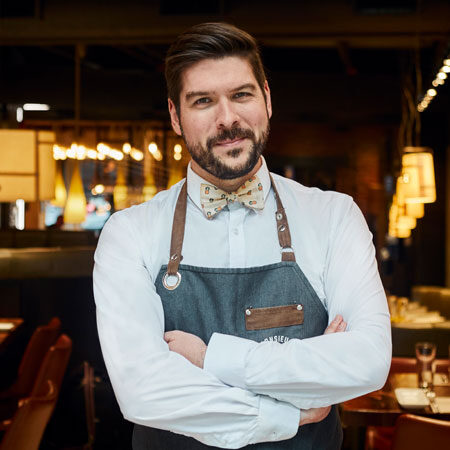 Patrice Plante, president and founder of Monsieur Cocktail, is also co-owner of the bistro L’Atelier and the restaurant Ophélia.

Patrice Plante has, on multiple occasions, been recognized as a new and exciting leader in his field. He was named Mixologist of the Year at the first Lauriers de la Gastronomie Québécoise gala in 2018 and his book, L’aventure de la mixologie, won the Cocktails category of the 23rd International Gourmand Awards. Also in 2018, Québec’s junior Chamber of Commerce bestowed on Patrice the title of Jeune Personnalité d’affaires Banque Nationale in its restaurants, tourism, and hotels category.

His dreams started coming true when, in 2012, Patrice left everything behind to pursue his passion for cocktails. Before you knew it, he was winning Canadian mixology competitions and, by the end of 2015, he founded Monsieur Cocktail, a company focused on 100% natural syrups, with the mission of making sure anybody can enjoy their cocktail moment at home.

Patrice is co-owner of the bistro L’Atelier and the restaurant Ophélia, cofounder of the bar Nénuphar, the author of four cocktail books, and a mainstay on the media circuit. To him we owe the renewed popularity of the cocktail in Québec.

« In mixology, I appreciate the fact that maple syrup mixes right into a cold cocktail, not like honey or other sugars that need to be diluted with heat and then cooled before adding.

Use maple syrup instead of the cane or brown sugar in classic cocktail recipes like the Ti-Punch of Martinique, Brazil’s caipirinha, or the Old Fashioned… We prefer a barrel-aged amber syrup and, for clear spirits, golden syrup. And here’s the big difference: we put just half the quantity of the other ingredients called for in the recipes! Use maple syrup, but use it gracefully.

« Like most of my oldest memories, it involves fishing. I was just 6 years old when my father started taking me fishing. And I wasn’t an early riser. To coax me out of bed at 5 in the morning, he’d make me pancakes and bacon with maple syrup. It worked. The smell would wake me up right away. Our family wasn’t exactly rich and there wasn’t always maple syrup in the fridge. We made do with corn syrup. So maple syrup was a real treat, fit for a king. »

MAPLE… A SLICE OF LIFE!

« Well, you’ve forced me to admit my pancake ritual. I’ve had it since childhood and it’s still with me. First, it has to be on a white plate. I roll the pancake up. I flood it with maple syrup. And then I turn it on the plate like the hand on a clock or a record on the turntable, all around the plate. Then, and only then, I dig in. » 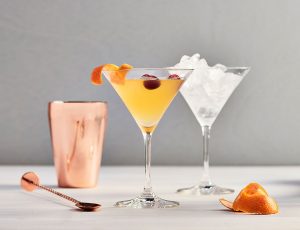 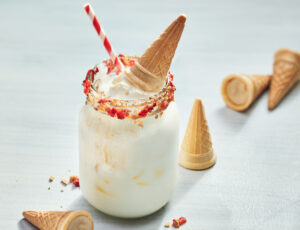