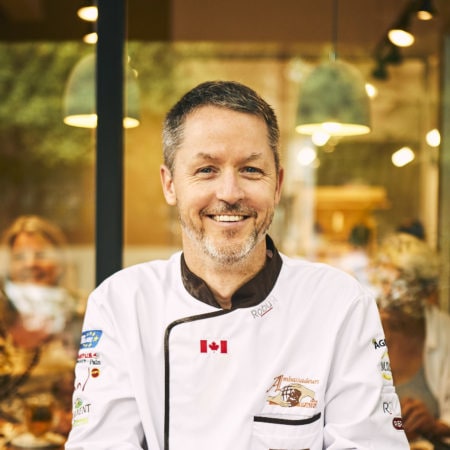 Martin Falardeau is the head baker and owner of La Meunerie Urbaine in Montréal.

Martin Falardeau was 15 when he found his calling… to the kitchen. The rapid-fire pace, the pressure, the work environment… it seemed like it was made just for him! But the day he discovered bread-making was the true revelation. It became a lasting passion that would reward him with many accolades.

Martin Falardeau’s great life adventure began in 1985 at a little country restaurant. After taking an institutional cooking course at ITHQ, he went to work at a series of renowned restaurants across Canada that ended at the bakery Le Fromentier. In 1997, he opened his own bakery, La femme et le boulanger, which he sold in 2001. In 2009, he opened Le pain dans les voiles in Mont-Saint-Hilaire, and cemented his reputation.

Representing Canada twice at the World of Bread competition in France, he won 2nd place in the baguette category in 2011, and was named Best Apprentice Baker in 2013. During this award-winning period, he opened a second Le pain dans les voiles outlet in Montréal. In 2015, he earned the highest distinction that can be given by readers of LaPresse (and an expert jury) for Best Baguette in the Greater Montréal Area and, in 2017, the Association des boulangers artisans du Québec hailed him for Best Traditional Baguette. This was the year he also embarked on a new venture, La Meunerie urbaine, in Montréal’s Notre-Dame-de-Grâce borough.

“Where there’s bread, there’s family,” he likes to say, “it’s the truth!” Martin Falardeau loves to make memories via the senses of smell, taste, and sight. That’s proven by the children who come into his bakery with eyes bigger than their stomachs, ready to try anything he puts before them!

”Maple syrup’s sweetness makes it an excellent companion with cream.”

Maple… A Slice of Life

”My first memory of maple is the smell of wood smoke mixed with evaporating sap in my uncle’s little shack. That’s what I love about maple… its authenticity. For me, maple is a symbol of our land.

Once, when we were little boys, my brother and I found a book about making maple syrup. It showed us how the First Nations went around on snowshoes to collect sap, cutting little branches in half to use as drip taps. After reading that, we took out our pocket knives, put on our snowshoes, and gathered up all the margarine, ice cream and other containers that my mother had saved.

We went out looking for maple trees behind the house. Every night after school, we collected our maple sap. When Saturday came, we hauled the wood stove out of the garage and got to work reducing the sap. It takes a long time to make syrup!

Then we put our precious syrup in a container. We were salivating at the thought of how it would taste. Unfortunately, the container we’d picked from the garage had been used for motor oil…” 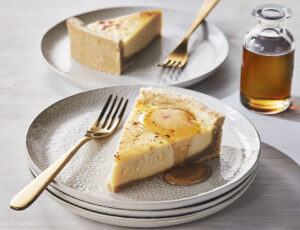 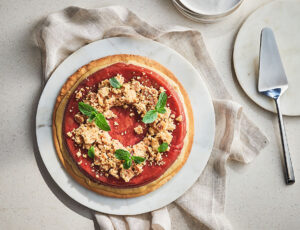 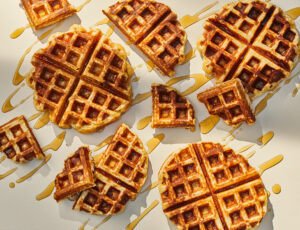